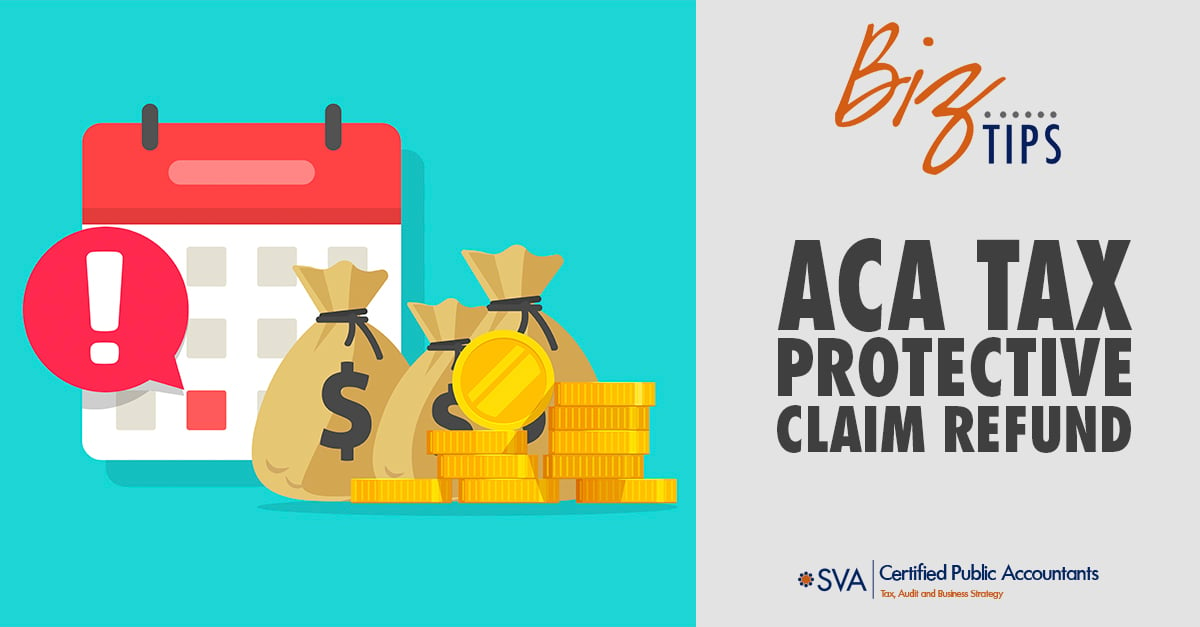 The outcome of this case could determine the legality of the ACA, including the ACA taxes of the 3.8% Net Investment Income Tax and the .9% Additional Medicare tax. There is a potential case outcome that could rule that the ACA taxes could be ruled invalid, going back to at least 2016.

Should that happen, individuals could apply for a refund for ACA taxes paid from 2016 and forward. There is a catch for 2016 taxes: refund claims would have to be received by the IRS by 7/15 any individual that filed their 2016 return by April 15th, 2017. (For individual’s that extended their returns, the due date for a refund claim for 2016 is October 15, 2020.)

In this situation, an individual may file a “protective claim” for refund. The “protective claim” is done under the premise that it is a claim for refund, but only if the pending legal action is ruled in a favor that would allow the claim. Therefore, the claim is not asking for a current refund, but rather an act to keep the statute open with respect to the specific claim (and nothing else) until the pending Supreme Court case is decided; and the claim is only then requested if the case is decided in favor of invalidating the ACA taxes in 2016.

SVA has been monitoring this situation and generally has not been recommending our clients file for the protective claim for the prior years. We believe that it is highly unlikely that the tax will be declared unconstitutional for years before 2019. If you have questions, please contact your SVA professional for more information.

Holly is a Senior Manager with SVA Certified Public Accountants, S.C. and specializes in individual taxation with a focus on proactive tax planning and developing strategies to minimize current and future tax liabilities.